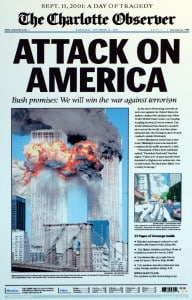 As the commercial real estate market continues to show signs of rebounding, 2013 promises to be a good year to consider investing. As you review commercial investment opportunities, one thing you should be aware of is the status of the Terrorism Risk Insurance Act (TRIA).

What Is The Terrorism Risk Insurance Act?

The Terrorism Risk Insurance Act (TRIA) was enacted on November, 26 2002 with the aim of providing reinsurance coverage for insurance companies offering policies that include coverage in the event of, or following, an act of terrorism. It was also designed to encourage insurance companies eventually create their own solutions that insure against terrorism. The TRIA was renewed on December 26, 2007, pushing the expiration date to December 31, 2014. In the time since the TRIA was originally enacted, there has yet to be any real progress with insurance companies in developing the capacity to offer terrorism risk insurance themselves.

Why the TRIA Matters to Commercial Real Estate Investors

The introduction of terrorism risk insurance was instrumental in building and developing the stability and confidence that is slowly being established in the commercial real estate market following the attacks of September 11, 2001. Withouth the existence of the TRIA, an act of terrorism would expose insurance companies to huge losses. If this were the case, most insurance companies would either pull out of the commercial property market or raise insurance premiums and offer terrorism risk insurance as a premium product. This would definitely destabilize the commercial property market due to the uncertainties it would introduce in pricing.

Current Status of the TRIA

The National Association of Realtors (NAR), the professional association representing real estate agents and brokers, has been proactive in advocating for the extension of the TRIA. In a recent address to the House Financial Subcommittee, NAR testified about the losses the real estate market would experience should the TRIA not be renewed.

There has yet to be much progress towards the passage of the extension, making this an issue worth watching leading up to the Act’s 2014 expiry.

Top 5 Questions to Ask Before Signing A Business Lease Contract

Top 5 Questions to Ask Before Signing A Business Lease Contract…

So Much To Do, So Little Time…